This patient of record presented to the practice with a failing restoration and recurrent decay on tooth #5. The patient stated that he really disliked being numb and wanted to avoid the injection. As can be seen radiographically and in the pre-op photo, the distal restoration was significantly subgingival. No anesthetic was used during the treatment. 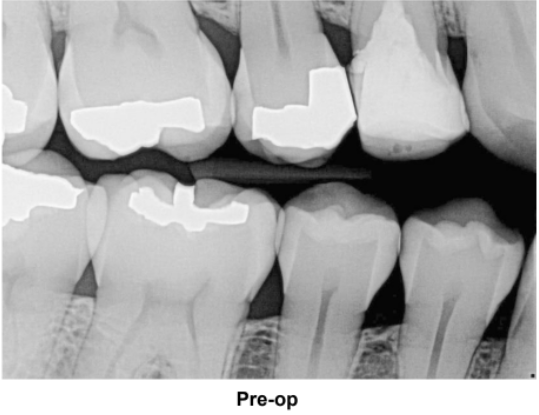 The existing composite and decay were removed using Solea. A core buildup was placed, and the tooth was prepared for an Emax crown with the Meisinger CEREC Doctors prep kit. Solea was then used to remove adequate tissue for imaging in a clean, bloodless field. No retraction cord was needed. To illustrate the difference, one scan was made with cord and the other with Solea troughing as seen in images A and B (page 3). The troughing took less than 15 seconds. The final scan was taken with CEREC Omnicam. The restoration was designed with CEREC 4.6 Chairside Software. The crown was milled, stained and glazed. The crown was then bonded with Variolink Esthetic.

The key to a successful CEREC same-day restoration is the ability to have smooth clear margins with separation at the time of scanning. Traditional methods, like retraction cord in a single or two-cord technique, increase procedure time and don’t always deliver predictable outcomes. Solea’s unparalleled precision enabled the dentist to sculpt the tissue for restorative excellence and immediately proceed with definitive restoration. Thus, the Solea and CEREC combination allows for the simplified same-day dentistry. 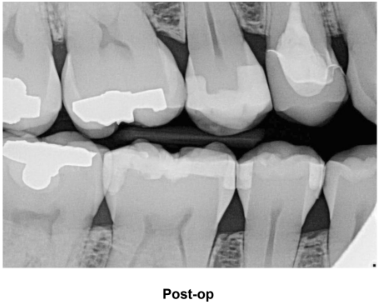 Case Summary: The patient, a 10-week-old male infant, presented with a Class III maxillary lip tie and a Clas...

Case Summary: A 46-year-old male patient presented to the practice for his second appointment. The oral evalu...